This Hoya was  found growing on a roadside tree in the plains of Kerala, India about 15 km from the coastal city of Calicut located in the erstwhile Malabar region.  I immediately set out trying to find it's identity.  A quick search on the net told me that 5 species and 1 subspecies of Hoya were recorded from the Western Ghats namely Hoya kanyakumariana, Hoya ovalifolia, Hoya pauciflora, Hoya retusa, Hoya wightii and Hoya wightii subsp. pulniensis.  Having seen pictures of all the other mentioned Hoyas, I was almost certain that the Hoya I had collected was indeed ovalifolia.  Wight had originally collected his specimen from the Neilgherry(Nilgiri) mountains which is within 180 km from the said location. Further googling lead me to a site www.psthehoyan.com where the author Ms. Christine Burton had written two articles  discussing Hoya ovalifolia.  I liked the way she carried the article forward eliminating anything that was thrown before her with solid evidence which included a dried herbarium specimen from the New York Botanical Gardens as well as the drawings by Rungiah from Wight's Icones Plantarum Indiae Orientalis.  I also went through Van Rheede's Hortus Indicus Malabaricus, a treatise on the medicinal plants of Malabar published between 1678 and 1693 which predated Wight and was surprised to find that the said Hoya had been identified long before binomial nomenclature came into existence. The herbarium specimen as well as the drawings from both the Icones Plantarum and Hortus Malabaricus matched the leaves on my plant perfectly.  I only had to wait for the plant to bloom to confirm that it was indeed Hoya ovalifolia.  A year and nine months later, the plant decided it was ready to bloom and I decided I was ready to write a little about it since it was leading to a lot of confusion.  So here it is...an authentic Hoya ovalifolia. 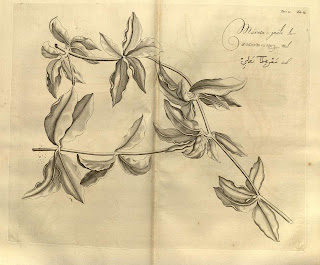 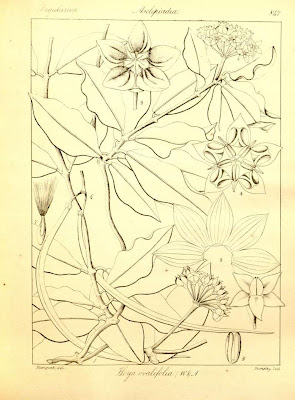 The drawing by Rungiah from Wight's Icones Plantarum Indiae Orientalis 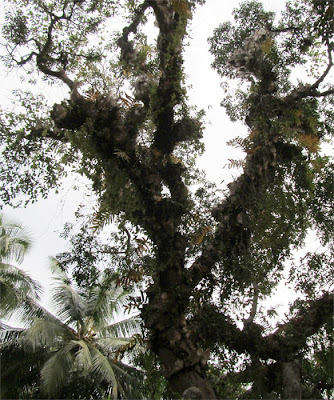 Hordes of Hoya ovalifolia clinging onto the branches of a tree 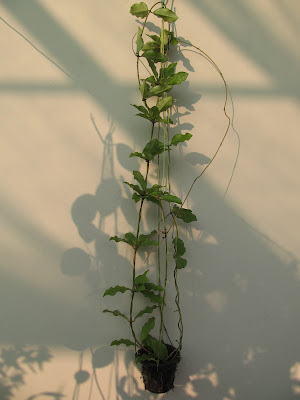 The entire plant in my garden 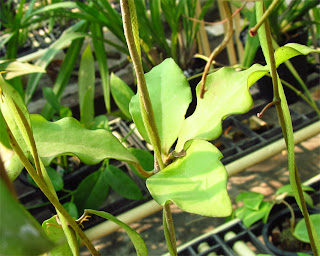 The thick elliptical drought-resistant leaves with a wavy margin 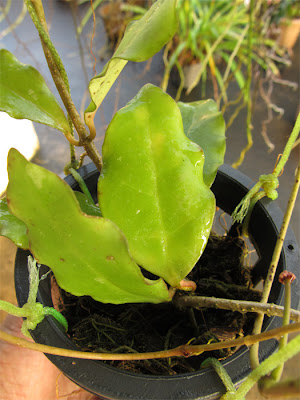 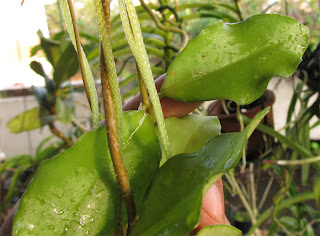 A young leaf with only the midrib seen 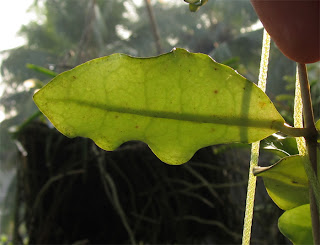 Venation seen when held up against sunlight 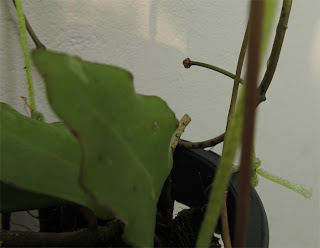 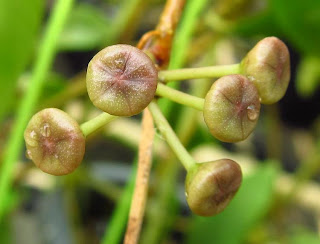 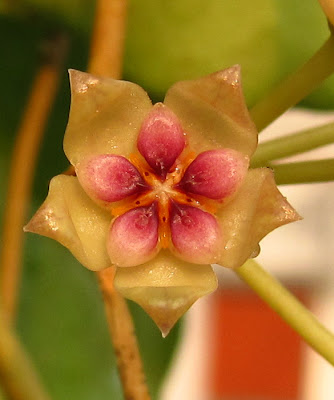 A close-up of the flower on the first day 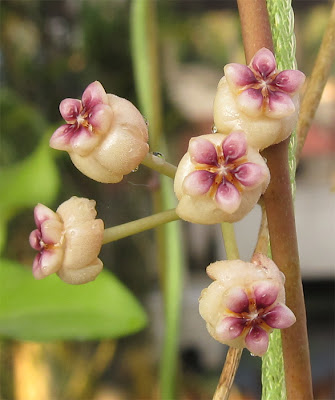 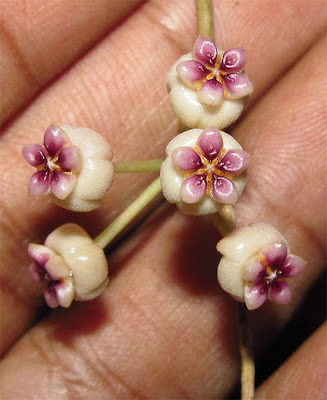 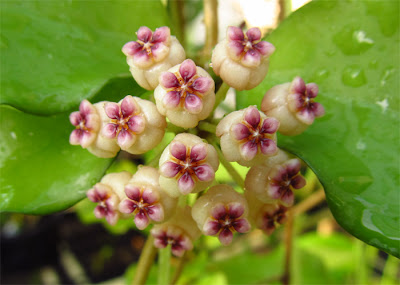 At this moment, I would like to thank my dear friends Arun.T.R and Deepakkumar Sivarajan without whose support all this would not have been possible.